Pharmaceutical treatment options include antipsychotic medications of the first or second generation, as well as the many treatments adjunctively administered such as anticonvulsants, benzodiazepines, essential fatty acids, lithium, herbal therapies, and many more. Click on the tabs below to access the information or browse the drop-down menu on the left.

A supplementary, or adjunctive, medication is administered in conjunction with a patient’s ongoing antipsychotic therapy. Click on the tabs below to access the information on adjunctive medications. Image: ©aijiro - stock.adobe.com

Medications for specific symptoms and populations

This category provides information on medications for specific symptoms and specific populations of people with schizophrenia. Click on the tabs below to access this information. Image: © siro46 - stock.adobe.com 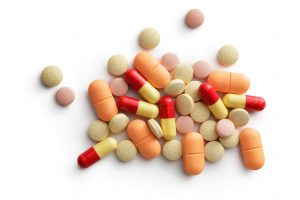 This category covers other pharmaceutical topics such as cost of treatments, dose, mode of administration, and polypharmacy.

Title Colour Legend:
Green - Topic summary is available.
Orange - Topic summary is being compiled.
Red - Topic summary has no current systematic review available.
We use cookies on our website to give you the most relevant experience by remembering your preferences and repeat visits. By clicking “Accept”, you consent to the use of ALL the cookies. However you may visit Cookie Settings to provide a controlled consent.
Cookie settingsACCEPT
Manage consent