How are cardiometabolic or weight problems related to schizophrenia?

Patient populations that are prescribed antipsychotic agents may experience cardio and metabolic side effects.

What are the cardiometabolic side effects?

Moderate to low quality evidence shows that after treatment with antipsychotic medications, there is weight gain in the short and long-term, and increased insulin levels, insulin resistance, cholesterol, triglyceride, leptin, and blood pressure levels in the long-term. There are increased rates of diabetes, myocardial infarction, metabolic syndrome, high triglycerides, low HDL, and hyperglycaemia in medicated patients, and reduced heart rate variability in medicated patients on clozapine.

Any antipsychotic versus placebo

High quality evidence shows small effects of increased QTc prolongation with haloperidol, quetiapine, olanzapine, risperidone, and iloperidone; medium-sized effects of increased QTc prolongation with ziprasidone and amisulpride; and a large effect with sertindole. No differences in QTc prolongation were reported between placebo and lurasidone, aripiprazole, paliperidone, or asenapine. There are small effects of more weight gain with aripiprazole, amisulpride, asenapine, paliperidone, brexpiprazole, and lurasidone; and medium-sized effects of more weight gain with risperidone, quetiapine, sertindole, chlopromazine, iloperidone, clozapine, zotepine, and olanzapine. Clozapine resulted in the most weight, cholesterol, triglycerides, and glucose increases. Olanzapine resulted in the most BMI increases, and also increases in weight, cholesterol, and triglycerides. Quetiapine increased weight, cholesterol, and triglycerides. Zotepine increased weight, triglycerides, and glucose.

Moderate to low quality evidence suggests olanzapine was associated with more weight gain in people with schizophrenia than people with bipolar disorder, with no differences in cholesterol or blood glucose levels. People with schizophrenia treated with quetiapine show more cholesterol increase than patients with affective disorder treated with quetiapine, with no differences in blood glucose, triglyceride levels or weight gain. 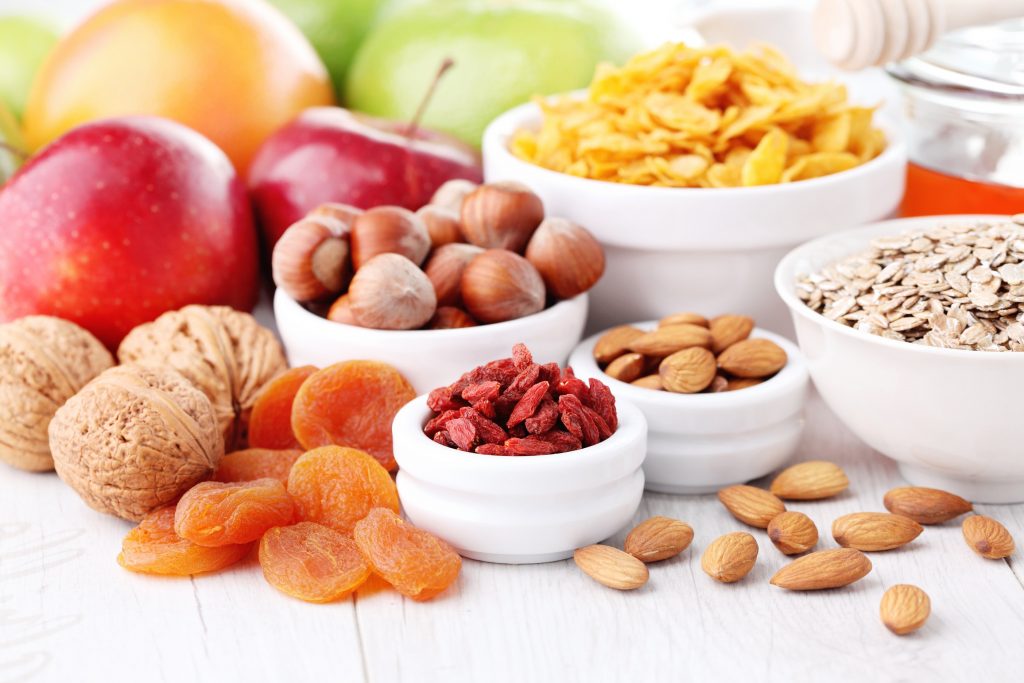 How is diet related to schizophrenia? People with mental disorders may be at increased risk of nutritional deficiencies due to poor diet. Poor diet is a major and modifiable cause of comorbid conditions, including metabolic syndrome and obesity. During pregnancy, it also contributes to the risk of developmental problems in the foetus. What is the evidence regarding diet ? Moderate to low quality evidence finds poor dietary patterns in people with schizophrenia, including decreased fibre and fruit intake, and increased energy, sodium and saturated fat intake compared to people without a mental disorder. People with schizophrenia may have high LDL…

How is weight gain relevant for people with schizophrenia?  Many antipsychotic medications are associated with weight gain, and various pharmacological approaches have been investigated for this problem. Effective adjunctive pharmaceutical treatments for side effects such as weight gain increase adherence to antipsychotic medications and reduces the risk of psychotic relapse. What is the evidence for adjunctive medications for weight reduction? Moderate quality evidence finds a benefit of adjunctive metformin for reducing weight in adults and children with schizophrenia. Moderate to low quality evidence finds more weight reduction with metformin plus lifestyle intervention than placebo (less 5.05kg), metaformin alone (less 1.5kg)…