What are movement disorders in schizophrenia?

Catatonia was originally categorised as a subtype of schizophrenia, but it is found in people with other medical, neurological, and psychiatric disorders. Catatonia is characterised by repetitive non-goal-directed movements or goal-directed movements that are executed in an idiosyncratic way. Other forms of catatonia include immobility, mutism, staring, and rigidity. Tardive dyskinesia is a ‘hyper-kinetic’ (excessive movement) disorder, characterised by jerky, involuntary movements, usually of the face and/or limbs. Parkinsonism is another common movement disorder associated with schizophrenia and is a ‘hypo-kinetic’ (reduced movement) disorder, characterised by slowness of movement and rigidity. These movement disorders are associated with antipsychotic medications but can arise independent of medication status.

What is the evidence for movement disorders in schizophrenia?

Moderate to high quality evidence finds around 17% of people with schizophrenia who are antipsychotic-naïve show symptoms of parkinsonism, and 9% show symptoms of dyskinesia. This corresponds to a large increase in the risk of dyskinesia and parkinsonism when compared to controls. There was also a small increase in these symptoms in first-degree relatives of people with schizophrenia. 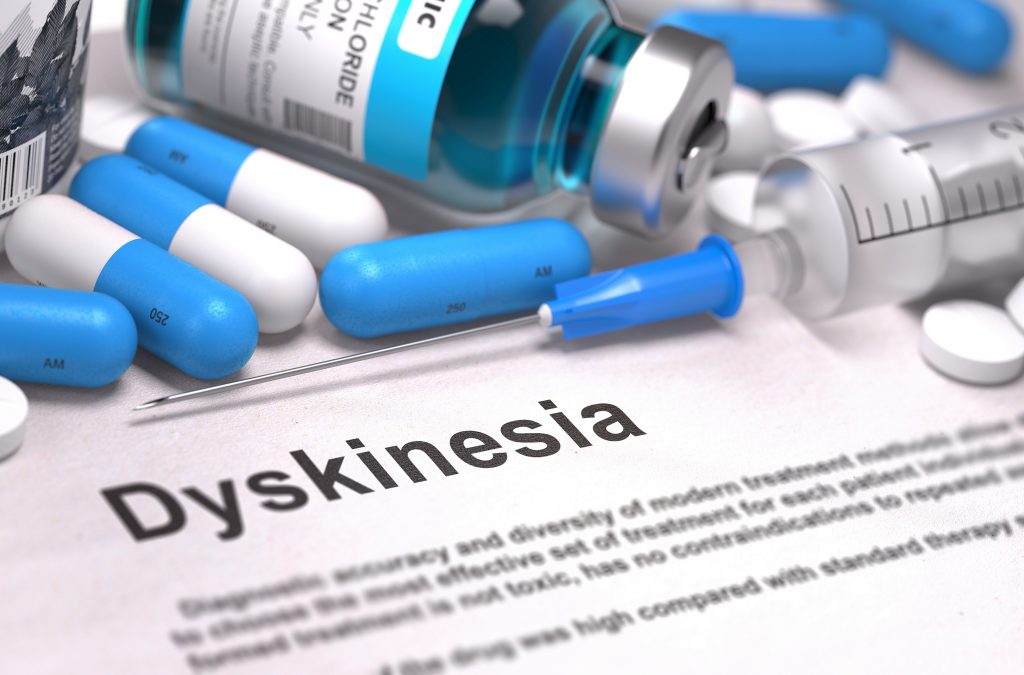 What are movement disorders in schizophrenia? Movement disorders and extrapyramidal symptoms are common side effects of many antipsychotic medications. They can also be apparent in people with schizophrenia who are have never taken antipsychotic medications and in their relatives. Extrapyramidal symptoms include tardive dyskinesia, a severe and chronic condition involving repetitive, involuntary movements, most commonly occurring around the mouth and face. Akathisia is characterised by a feeling of restlessness and movements such as shuffling of the legs, pacing, rocking from foot to foot, or the inability to sit down or stand still. Dystonia involves muscular spasms and abnormal postures. Medications…